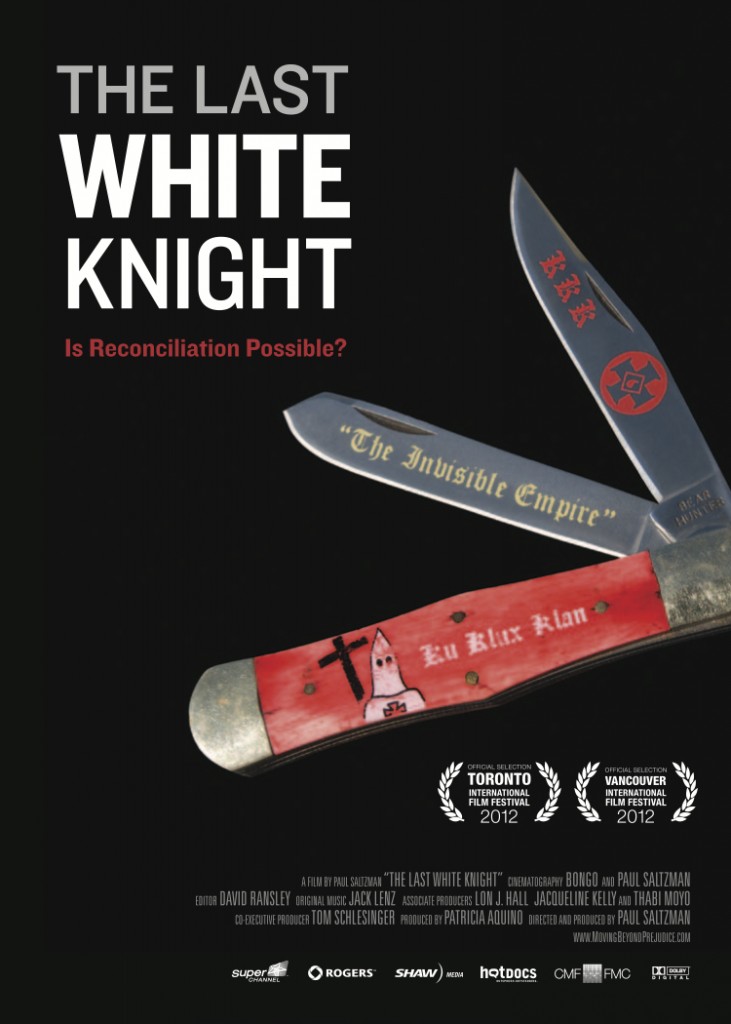 Paul Saltzman’s courageous THE LAST WHITE KNIGHT was inspired by an incident during the early 1960s when he journeyed to the Deep South as a civil rights worker to help with voter registration in Mississippi, one of the hard-core bastions of the Old South. One of the first days he was there he was assaulted by a group of young men led by Byron “Delay” De La Beckwith, the son of the man convicted of killing civil rights activist Medgar Evers. Decades later, Saltzman returns to the south to meet with Beckwith and see what, if anything, has changed in the New South.  He interviews a wide variety of people from Harry Belafonte, the celebrated singer and civil rights activist, who recounts his own experiences during the voter registration drive; actor Morgan Freeman (who was born, and now lives, in Mississippi); a top FBI official, who discuss the close links between the police and the Klan during the period; to a group of kids from different races who are best friends; and (chillingly) a trio of dedicated, unregenerate Klansmen.

Saltzman’s talks with Beckwith form the backbone of the film. Beckwith is a fascinating and forthright subject, oozing old school Southern charm and bonhomie, extolling the virtues of the black nanny who basically raised him while remaining faithful to the racist attitudes handed down to him by his parents. At the same time, Beckwith is well aware that he’s one of the last of his kind. His children don’t adhere to the old ways and he’s the last in his family to be involved with the Klan. The conversations with Beckwith humanize someone we would normally dismiss and vilify immediately, exploring the possibilities of reconciliation between Beckwith and the filmmaker. At the same time, THE LAST WHITE KNIGHT also wisely acknowledges that much has not changed, which is especially evident in the interview with the Klansmen. Behind it all is a world of pain that stretches back centuries. Belafonte, in one of the most telling conversations in the film, says, “People tell me that things have changed. And yet, I don’t trust Mississippi.”

TO PURCHASE DVD’s OF ‘THE LAST WHITE KNIGHT’ USE THIS LINK.

TO VIEW A BONUS INTERVIEW WITH PAUL SALTZMAN ON THE LAST WHITE KNIGHT USE THIS LINK.